Here a a few pics 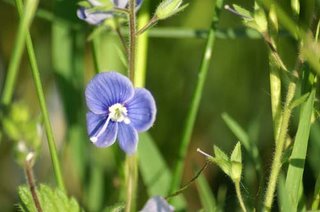 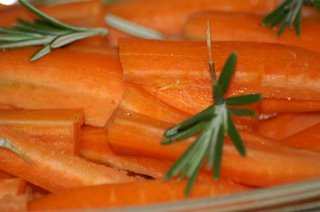 In a round about way

In a round about way I arrived at Christy Tomlinsons blog which has a sneaky peak at the new Chatterbox lines that will be launched at the Summer CHA!! OMG I want them all.........NOW!!

I am back on my stash diet, so I can afford ScrapManic and I have to save up for these papers!!

Last night I made another

Last night I made another baby keepsakes tin, this time for a guy at work who became a dad, to a precious baby girl, for the first time last week! The sad bit is him and mom are not together anymore :( so I thought he could use the tin to keep a few bits in so he always has something of Abigails with him.

I have one more tin that's tiny and I may decorate it for Stu to keep the little shoe of Rebeccas he has in his bed side draw. 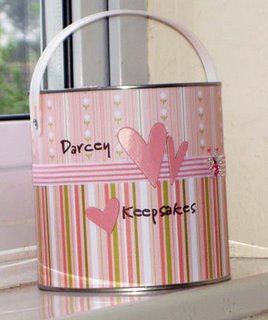 This is the tin I made for the guy Stu is working with and I got this message last night......Dear uncle Stuart and auntie Caroline, thank for my lovely present. So far I have put my name bands and umbillical clip and my cot tag in my tin and my clothes are lovely. When I get some hair i'll put a lock of it in my tin. Lots of love Darcey X

I was really excited that they like it and am so glad it will be used. Home made gifts always make me very anxious, as i'm never sure the recipient will 'get it'.

I have just booked ScrapManic6 and am so excited! Although it is still only 185 sleeps away, lol! Now I wonder if I can start packing yet :o

Last weekend we did alot of work in the garden, John has lent us his lawn mower so I redid the lawn, and it looks great. I did a much better job than the clown who has been doing it for the last few months! He was mowing and leaving the grass cuttings in trails behind him, so between us and the cats we had more grass in the kitchen than in the garden. I have also cut it short so it doesn't tickle Flos tummy as she walks over the lawn, haha.
One of the flower beds is over run with a plant I can't identify so I am in the process of digging it up again! It grows very quickly and regrows from any root left on the soil no matter how small. I can see it being a big job but i'll get there eventually.
There was a rose bush in the same flower bed that was being strangled by this triffid like plant, so I had to move it, but I don't think roses like being moved. I really hope it doesn't die :( I have been giving it lots of TLC so holding thumbs!

I have not done any 'me' scrapping for a while......there are so many things I want to do but just seem to run out of time in the evenings. Will try tonight!

I altered a tin at the weekend for a work colleague of Stuarts whos wife had a little girl two weeks ago. It's a keepsakes tin and we filled it with baby grows, as I imagine they go though a few every day! He was very touched at the sentiment and so excited to get it home to show his wife......it's lovely when people appreciate the hard work that goes into making gifts :)

ETA: I called the letting agent to ask that they stop the guy coming to do the lawn, and as she couldn't find any info in the house file about the garden service she has to call the land lady to cancel direct.
She calls back and would you believe we are not allowed to cancel, this clown has to continue to mow the lawn!! Well of course I wasn't taking no for an answer, as the garden looks so shite after he has been! I said please can I give more 'evidence' for my case (lol), and told her how he doesn't cut around the stepping stones or around the edges of the flower beds, he leaves the cut grass on the lawn and we are trailing it into the house blah blah blah....
So Kate (she's the nice lady from the letting agency) called the land lady back and she has agreed to let us look after the front and back garden but would rather her guy do the big bit at the side of the house. Now in all honesty that big bit is a bit like a really rough sea, it's all humps and bumps so I guess I don't really mind not having to do it. But I will take photos the next time he is round and then redo it myself and take more photos to prove what sort of job he does, and why we wanted to do it ourselves.
Crikey, normally people would jump at the chance of getting something for nothing, not this lot, haha.

and the end of my second week of early waking up. I am awful at getting up in the mornings and would rather lay in bed till the last possible minute, then rush around getting ready and race out the door. But out in the counrty it is so lovely to get up and enjoy half an hour of the day before starting my journey into the city. I get a chance to hang the washing, have breakfast and a cuddle with the kitties. Definate feel good factor!

My flowers are all coming up and it feels great to see the rewards of all my gardening :) Stus veggies are looking good too and I can't wait till we can eat them. Imagine that, eating fresh veg grown yourself! We just have to keep the rabbits out.

I have not done any scrapping this week, the weather has been too fine to sit in doors. We have been enjoying G&Ts in the garden watching the sun set.

The weather today is lovely and I'm stuck in the office! But I hope to have an early finish to go home and enjoy the afternoon. We have also planned a bbq for tonight, YUMMY. Tomorrow looks like it will be fine and warm, Saturday should be dry and around 15 but it is forcast rain for Sunday :(

I have sorted through my scrap room again and have more for sale in the marketplace over on UKS. Soon I will have loads of empty storage to start filling up again :o

Well little miss Flo came home yesterday morning and is acting like nothing has happened and ignoring the fact she put me through 3 days of HELL, the naughty minx. She looks good and healthy so she must have managed to feed herself out in the wilds. Haha.

Last night Stuart decided it was too fine and sunny outside to waste the evening indoors and we had a braai (bbq, heehee). It was lovely, he cooked chicken, sweet potato and steak and I ate far too much but enjoyed it all, YUM YUM!!

The cats had great fun playing in the garden and I managed to get loads of cool photos of them.

I have been getting up early every day to have breakfast before leaving for work and it has not been the awful struggle I thought it would be. I feel much better and more awake when I walk out the door and getting ready is not the mad rush it usually is. Lets just hope I can keep it up!

I have decided that instead of sitting at reception in the morning I am going to sit down in the main ofice so that if security send any delegates in before 8.30 they will just be stuck at the dooor and I don't have to deal with them till I go out at 8.30am. I used ot do this months back but got bored of being in the main office so relocated back out to reception, this is fear was my mistake ;)

Phew, I can't believe we are into May already, this year is just flying by. I have ideas to update my blog daily but it never works out that way so please excuse my slackness.

The bank holiday weekend was rounded off nicely by my having yesterday off too. And as it turned out Stu also had most of it off so we had a nice break together. Saturday was a shopping day, again, we had to go to ASDA to top up the food shop, Baldock to get meat from the South African butcher and Hitchin for thread for my sewing machine. The afternoon was quiet and relaxed.
Sunday Stuart was out with John at the motor X, they had a great day but the landie started playing up on the drive home so Stu wasn't too happy.

I had a scrapping day but didn't actually manage to achieve anything constructive :( I have a design project to do for SI and it just wasn't happening for me. Silly really as I should have put it away and done other things till the idea came to me, which insidently it did last night in bed, and I so badly wanted to get up and do it!

Monday we managed to get out into the garden and I cleared more flower beds and planted more seeds. It is so lovely to see some already growing and I can't wait till we have lots of colour out there. Stuart cleared a grassy patch next to the veggie garden so it's bigger now and he planted some corn, so hopefully it grows. The beans are growing nicely as are the onions he got from George. His potatoes are also coming up and the radish is too. I do hope we manage to eat from the garden as that would make the hard work worth it.

Yesterday we managed to fix the landie, problem was the clutch had given up but it just needed a flush of fluid and it came right, I had to be the one to pump the fluid through the cylinders though and my poor legs were aching afterwards, lol.

My little Flo has gone walk about, not seen her since Sunday and I am devastated especially as I didn't get to give her a birthday hug, she was 2 on Monday. We have heard from neighbours that she's been seen running about and that the cats usually have far too much fun chasing rabbits at this time of year to be bothered about going home.
Rons barn is also a great hang out as there is an abundance of mice and if she gets locked in there she is very unlikely to starve, as I said abundance of mice!
I found rabbit bits behind both sofas yesterday so I guess that's what she's up to!
The black cat with the white tipped tail came into the house again last night, he doesn't come in too far just has a sniff around the food bowls and maybe some crumbles but any movement and he's off. Josh doesn't seem too bothered about having him in the house as he never goes to chase him out, but this could also be the result of him having double helpings of dinner and is too fat and lazy to go see him off.

Well I think I have typed enough for today. If I made the effort to update every day I wouldn't have to have mamoth sessions like this, hee hee. 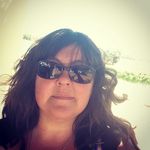